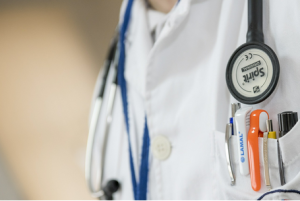 You have been hearing about the Affordable Care Act, otherwise known as Obamacare, for several years. Covered California has been advertising it’s 2015 open enrollment period since mid 2014. You may have heard that the February 15th deadline had been extended to March. Now, Open Enrollment has been extended to April 30, 2015 before tax penalties will be assessed.

So what exactly are the penalties and how does it affect you and your family? As stated by HealthCare.gov:

“If you don’t have coverage in 2015, you’ll pay the higher of these two amounts:

If you didn’t have coverage in 2014, you’ll pay the higher of these two amounts:

And the fee’s only increase in the coming years.

Wanting to make healthcare more affordable for all individuals, Obamacare offers many a Premium Tax Credit (PTC) for qualifying individuals and families. There are many plans to chose from within Obamacare, many of which can be catered to your specific needs. With costs starting as low as $88 (combined with a PTC), healthcare has never been so affordable.

Rebecca, a wife and mother of two children, lost her medical insurance in 2012 when her husband was diagnosed with stage four colon cancer. The rest of her family was covered under Medicare and MediCal but she was unable to get coverage due to a pre-existing condition. Under Obamacare, she was able to obtain an affordable plan that had extensive coverage to cover her pre-existing condition. “You can’t imagine how much of a relief it is to have insurance again.” she recently explained, “I had been living in fear for the past few years that something would flare up with my condition and we would be responsible for thousands of dollars. I had to have an emergency transfusion in 2011 due to my anemia. That one transfusion would have cost me $5,000 out of my own pocket.”

Merten’s Insurance can help you choose the best medical plan for your unique lifestyle with a member-focused service, a wide choice of plans and doctors, financial strength and affordable rates. We can assist with Individual and Family Plans, MediCal, and Small Business medical insurance plans.

Don’t delay. The deadline is coming up fast. Contact us today to start your new health insurance plan.

Blast this with us!